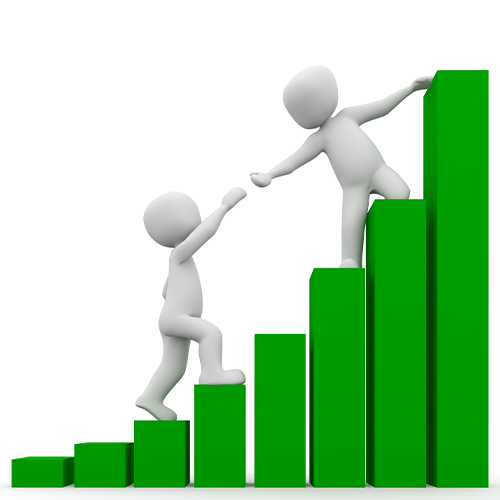 What is Training Really Worth?

Do you feel like spending money on training is throwing money into the void? You are not alone. The value is not always that apparent and in many cases you could be sending your staff onto the wrong programmes, but how would you know?
We believe, that like with any other investment, you should have some indication of such value before committing.

The value of training manifests in several ways; either by improved output quantity & quality, reduced expenditure, consistency & sustainability and compliance or conformance.

You might ask; how can there be value in compliance or conformance? Regulations and in some cases client policies require certain qualifications for certain types of work. By having such qualified staff you gain a competitive advantage, where such regulations and polices remove many of your competitors before you start bidding. A qualified licensed electrician is one such example.

The manifestations and timeframes within which various types of training interventions and qualifications return value varies somewhat. The illustration of apprenticeship value below provides some indication of the surprising impact on productivity.

Does Productivity Improvements Justify the Expense?

Apprenticeships can run from anything between 27 and 48 months, typically no longer than 36 months. This is a long period where employers have to pay for training and allow apprentices to spend significant amounts of time away from work while still paying salaries. Adding the loss in productivity and training costs together, make apprenticeships seem like a pig in the poke to businesses if not a major loss. Adding to this you are paying for your employees to be more employable, thereby increasing retention salary values.

The reality in contrast, is bright, as many studies ranging from North America to Europe have found that apprenticeships serve as one of the best investments for a business. The value that a qualified artisan returns, by improved productivity and by introducing best practices into your environment, leads to a nett positive return even before the end of an apprenticeship.

Studies, by the Institute of Motor Industry UK (imi.org), have found that an apprenticeship yields an ROI of between 150% and 300% and would typically turn profitable within 18-24 months and in some cases within one year.

The image below, from the IMI, displays the net income per quarter, which is aligned with many other studies conducted world-wide. It is found that after 15 months income equals expenses. At around 21 months a break-even point is achieved, where total income is equal to total expenses since the start of the apprenticeship. Thereafter a significant positive net income is generated for the remainder of the apprenticeship. 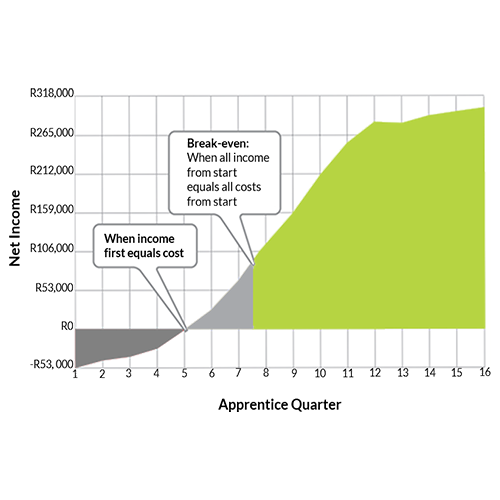 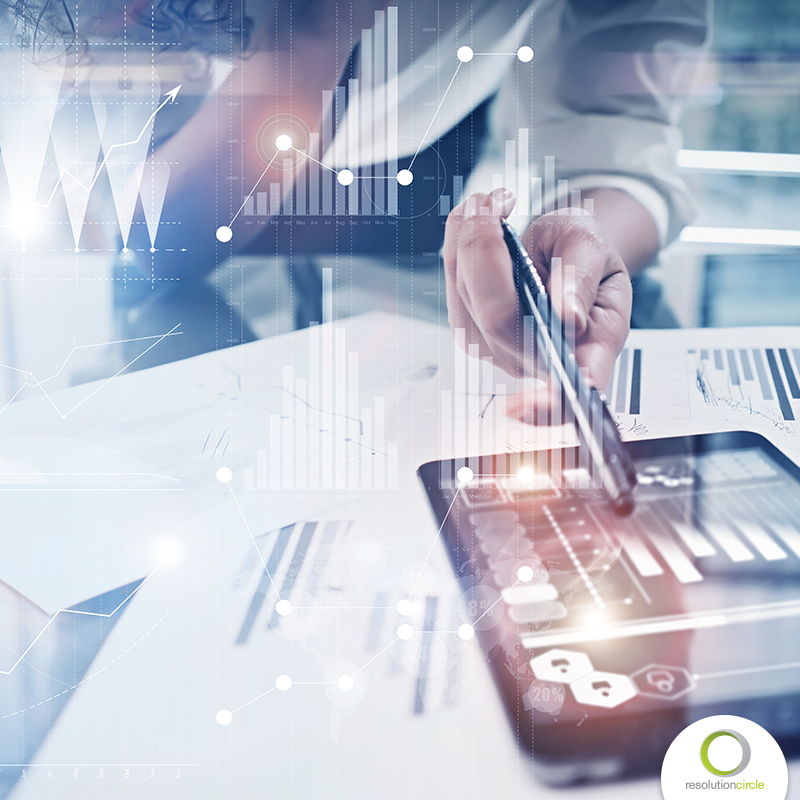 Is it Worth Spending on Training to Boost Your BEE Level?

It is sometimes unclear what the value is of any spend directly aimed at improving your B-BBEE score. Let’s investigate this value.

What is the benefit of 1 BEE level?

With many state tenders the scoring method is 80:20, meaning 80 points are allocated to price competitiveness and 20 points allocated to BEE points. This means that there is a maximum of 20% or minimum of 10% benefit, “or discount”, in favour of the bidder. This discount allows bidders to maximise profits and competitiveness with a 10-20% balance, to understand the value of this benefit please click here to read a brief case study.

In summary for an entity with a R 100 Million in annual public tender participation the value can be illustrated in short with a level 8 being worth R 1.87 M and level 1 worth R 18.75 M. Note for the purposes of the case study we assume zero participation in the private sector, in which case the value would further increase.

The spend required to achieved higher levels depends on the size of your company, revenue, profits and salary bill. The level you are currently and the amount of scorecard points required varies greatly, therefore we would recommend contacting a BEE consultant to assist with a detailed budget and strategy. If you contact us we would gladly put you in touch with consultants specialising in improving score cards at the lowest possible cost. In short training can benefit your BEE scorecard in three main categories namely Skills Development, Enterprise & Supplier Development and the Yes Programme.

Resolution Circle is a technical training provider with a wide range of programmes designed to address the skills required in the rapidly evolving technical work environment. We are committed to ensuring our trainees and corporate clients are equipped with a keen mindset, skillset and knowledge to harness all the opportunities emerging from the fourth industrial revolution. Resolution Circle is a subsidiary of the University of Johannesburg.